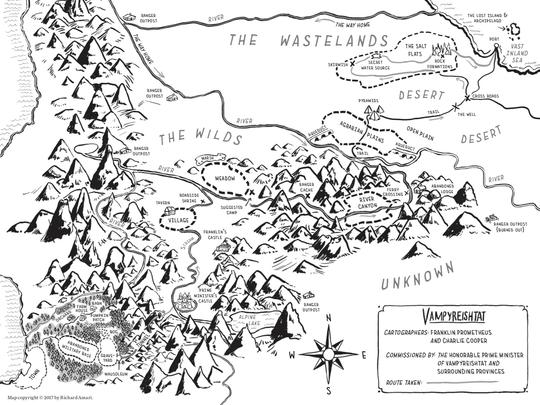 It’s Halloween, and everyone in Charlie’s small town is excited for this year’s festivities. Charlie’s grandfather, Old Joe, is famous for his holiday haunts, and his pumpkin patch is the center of the town’s zealous celebrations. But for Charlie, Halloween’s just one more reminder that his cousin Billy isn’t around anymore. Charlie plans to keep to himself this year, hanging out in the haunted barn with his trusty dog Ringo.

But when Charlie runs into some neighborhood bullies who are after his candy, he heads off into the woods to escape. He quickly gets lost, but spots a kid who he thinks is Billy. As Charlie chases after him deeper and deeper into the woods, he finds himself entering Monsterland—a mysterious place where werewolves live amongst trolls and goblins. Here he meets the Prime Minister, a vampire who tells Charlie he may be able to see his cousin again in this strange new land. Accompanied by a hulking monster chaperone, Charlie’s determined to find out just what happened to his cousin, and sets off to explore the secrets hiding in this uncharted territory.

RATE
&
REVIEW
Get the Book 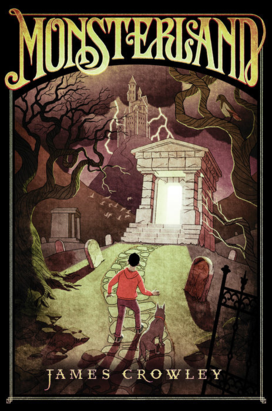 ★ “The book’s emotional journey is just as enthralling as its physical one, blending well and evoking the works of Norton Juster and Jeff Smith. A compelling, imaginative, cathartic journey.”—Kirkus Reviews, starred review

“The perilous fantasy adventure moves the plot nicely along, while Charlie’s grief over his cousin adds realistic emotional stakes. Kids who love fantasies with meaningful substance will like this, too.”—Booklist

"Monsterland is a curl up with a cup of cocoa and sink into the pages book.  The fact it’s meant for middle-graders doesn’t make a whit of difference.  This is a wonderful book… sometimes even adults need a beautiful story of hope, acceptance, and friendship.”  - Sci-Fi & Scary